A Busy First Few Weeks at Your State House

The start of the 2020 Legislative Session has been...well...strange. The education reform bill, that has been in the works for over a year now, is clearly the center of attention in the Senate. It was quickly set as our top priority and immediately set for debate upon our return. In fact, it's the only issue being discussed on the Senate floor. At the same time, other issues are being addressed in committee. But the sense is until the education debate clears, all other issues will be set aside. Here's a few of the issues that are on hold.

As for the education bill, it is being heavily debated and many amendments are being offered in efforts to improve the legislation. I have received requests to "Vote No" on the bill, some coming before the bill was even presented for debate. As I have told those who have suggested this approach, committing to either voting for, or against, a bill before it has been fully vetted and a final, amended version presented, is a disservice to the process and to the children who will ultimately be served. Therefore, as of the writing of this newsletter, I can not confirm my support or opposition to this unfinished piece of legislation.

If you have questions about these, or any issues, I always encourage you to reach out to me directly. Until then...

What I've Been Doing

Saving Private Ryan. As a veteran of the South Carolina Army National Guard, the Guard holds a special place in my heart. I was excited to recently join the the men and women of the 1st Battalion, 178th Field Artillery for a live fire exercise. It really made me this old cavalry scout wish he could climb back in the track! This unit traces its heritage back to WWI with campaigns in North Africa and Italy, WWII, and more recent conflicts including Desert Storm. They also provide flood and hurricane response here at home. HOOAH!

College Selection. Tina and I are on the final leg of our high school parenting career. Our youngest is poised to graduate this spring. With that, these next two months will include the always exciting college campus visits and selection. Many of you are experiencing the same. Hang in there. We can do this!

What I'm Thinking About

It was the best of times, it was the worst of times. The economy is good. Very good actually. It won't always be, but it is today. The strong economy covers up real weaknesses in our national fiscal health. Deficits still exist and are growing. Worse, they are occurring in a full employment economy. This tells us $1 trillion dollar federal deficits are likely here to stay. When our national health fails, so to will the financial health of South Carolina. This is why we must do things now to defend against future hardships. Primarily this means reforming our broken tax code and finishing the job of fixing our public pension system. I have filed bills to do both. Today, I have many colleagues willing to take on these critical issues. Unfortunately there are not enough of us. But we're working to build that coalition.

Failing to prepare is preparing to fail. While I can’t directly affect Washington’s response to fiscal concerns, over the past several years, I have worked on many efforts to repair weaknesses in South Carolina’s economic structure. Changes in fiscal policy has assisted in growing personal income at a rate of over 5%, initial public pension reforms have resulted in dramatic improvements to the funded ratio, many South Carolina industries are seeing employment growth that outpaces the national average, and a $2 billion dollar loan from the federal government to cover unemployment insurance claims during the Great Recession has been completely repaid and the fund reserve balance restored ahead of schedule. The private sector has responded and pro growth policies have helped. These items are not on the front page of the paper or the top story on the evening news...until they fail and we fall into crisis. But these successes are not enough, more needs to be done (see above) during these strong economic times so that South Carolina is prepared for the next, and certain, downturn. 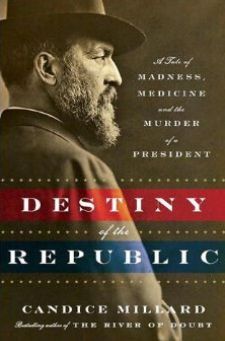 Admittedly, I didn't know a lot about the 20th President of the United States, James A. Garfield. And it's really too bad. He appeared to have the potential to be a great one. Merit over spoils. Willing to take on the status quo. A reluctant candidate. A fascinating story of madness, medicine, and murder.

What I'm Listening To 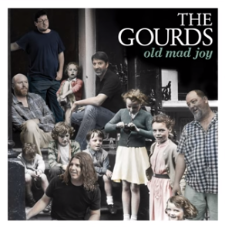 The Gourds. Once described as..."A sort of folky, twangy, alternative country-esque, rockin’ and rollin’ trailer park orchestra". That alone is enough reason to take listen. I regret that I stumbled across them only after they have stopped touring. Oh well, it's great music for around the fire pit (if we get any more fire pit weather).