Those who believe that government should be involved in every aspect of your life argue that the shortened session did not provide the time to address important issues. Those like myself, who believe in bearing down and getting to work rather than exploiting the system to delay debate and decision making, believe the sessions will now be more efficient and will better serve the people.

Despite the rhetoric many important issues were addressed during session. The most significant being...

These items have been well documented in previous Constituent Updates, as well as in the general media. But many other items did not receive the same coverage.

Real ID
South Carolinians will soon have the option to obtain an ID that meets compliance with guidelines of the federal REAL ID Act of 2005. South Carolina Driver’s Licenses will now be accepted as adequate identification to board commercial airlines, access military bases, and other federal facilities.

Ponzi Scheme
Ponzi, pyramid, and other such promotion scheme’s have been added to the South Carolina Unfair Trade Practices Act and entitles victims to seek relief.

Ethics Commission
Confirmed members to the newly constituted independent state Ethics Commission. The commission will have authority to review complaints against those in public office, including members of the General Assembly, as directed by ethics reforms of 2016.

Moped Safety
Addresses the growing concern of safety surrounding mopeds on the highway. It requires mopeds to be licensed and registered to operate in the state and adopts a unified definition of mopeds that subjects them to the same traffic law as all other vehicles.

School Accountability
Establishes criteria for a school accountability system within South Carolina Public schools to make it easier for parents to identify performing, nonperforming or failing schools. Reduces the over testing of students while maintaining reasonable and effective assessment measures.

Regulatory Relief
There were numerous instances where over regulation, that did not improve the health and safety of our citizens, was repealed. And several other instances where additional, and often protectionist, regulations were sought and denied.

As always, I invite you to share your thoughts on these or any issues. Your input is invaluable to me in the policy making process.

While the entire General Assembly has adjourned for the year, there are smaller groups that will continue to meet during the off season in hopes of laying the groundwork for some of the bigger issues that the General Assembly will take up in 2018. Our community is well represented on several of these special committees. I will serve on the following: 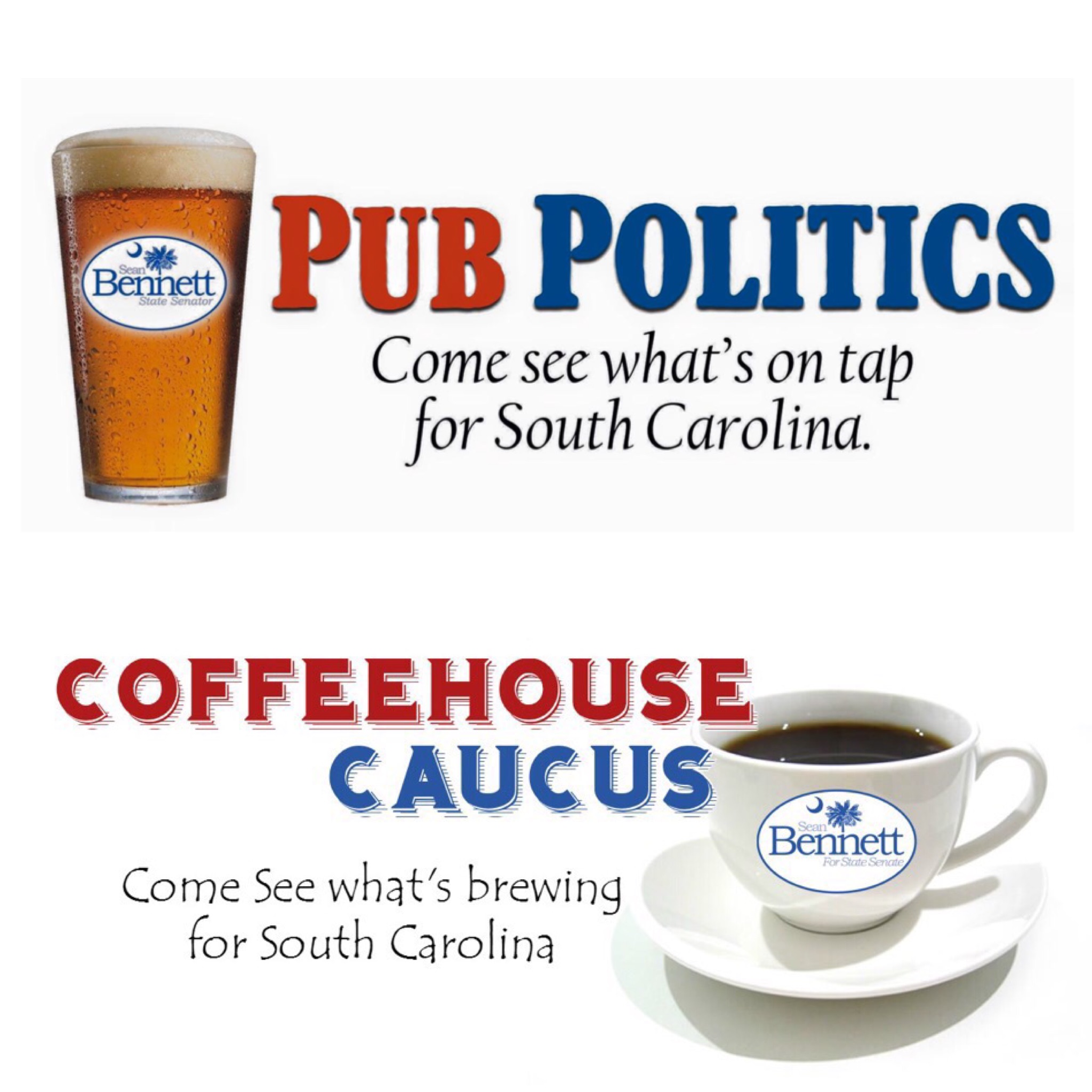 We had a great season of community meetings with our Pub Politics and Coffeehouse Caucus event series. We'll pick back up in the late fall as we head into the 2018 legislative session. I hope to see you then. Look for the schedules here.

In the meantime, do you need a speaker for your next meeting? I'm happy to attend if my schedule allows. Complete a Booking Request

Those of us that live in District 38 are very lucky to have Margaret Wright in the role of Legislative Assistant. She does a wonderful job of helping constituents out of our State House office. She's been out on maternity leave for the last few months but returned this week. We're glad she's back!

I'd also like to thank Vivian McDowell for all of her help while Margaret was gone. We were blessed to have Vivian and her experience.

As always, thank you for your support. It is a great honor for me to serve the people of Dorchester, Berkeley, and Charleston Counties. I thank you for this opportunity.