With the completion of  the 2020 Federal Census, lines for State Senate, House, and Congressional districts across South Carolina will need to be redrawn. Here is your resource for the efforts that will take place in the South Carolina Senate.

Public hearings will be held across South Carolina to offer you an opportunity for your voice to be heard.

While you may attend any meeting you choose, the public hearing for our community is scheduled for: 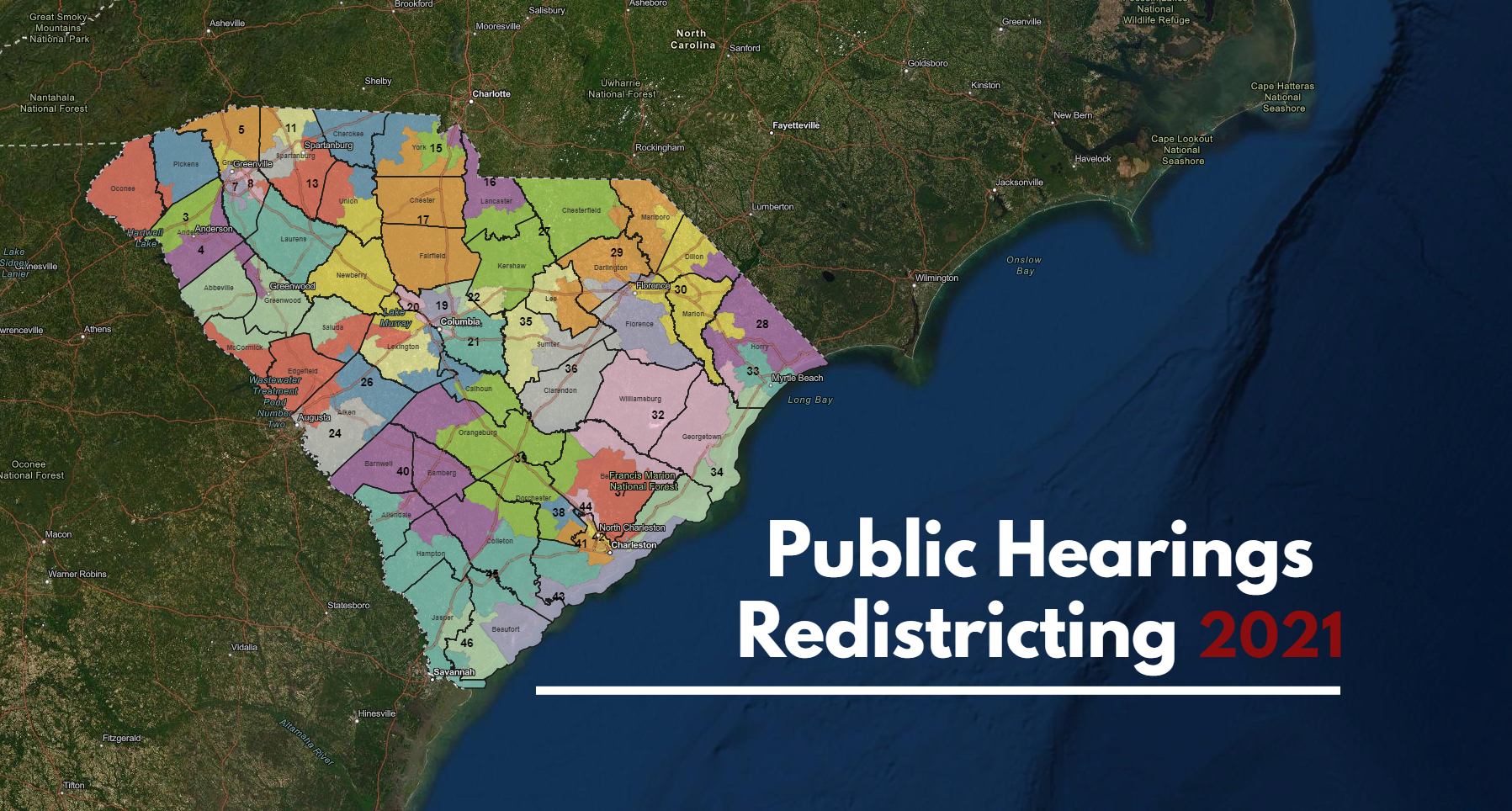 What is the census? A census is a government-sponsored periodic counting, or enumeration, of the total resident population (citizens and non-citizens).

Congress has established the United States Census Bureau to conduct the census. The Census Bureau defines “apportionment” as “the process of dividing the 435 memberships, or seats, in the U.S. House of Representatives among the 50 states.” Information from the Census Bureau may be found at https://www.census.gov

What is redistricting? Redistricting is the process by which a state legislature or other government entity divides an area into new representative districts based upon the area’s population. The South Carolina Senate is preparing to redraw the 7 Congressional and 46 State Senate Districts. The population for each Congressional District should be approximately 731,204. The population for each Senate District should be approximately 111,270.

What may be considered in drawing district lines? In addition to federal and state law, courts have recognized that, to achieve legitimate state goals, states may use certain traditional redistricting principles as guidelines or criteria to follow in redrawing district lines.

What are traditional redistricting principles? Examples of traditional redistricting principles include that: (1) districts are compact; (2) district boundaries follow natural, man-made, or political geographic boundaries (like mountain ridges, roads, or county or municipal lines); (3) split precincts are minimized so as to avoid voter confusion at the polls; (4) cores of existing districts are maintained; (5) constituent consistency is considered; and (6) communities of interest are kept together in the same district.

How can citizens participate in the redistricting process? The Senate Redistricting Subcommittee is seeking information from members of the public concerning South Carolina’s Congressional and State Senate districts.